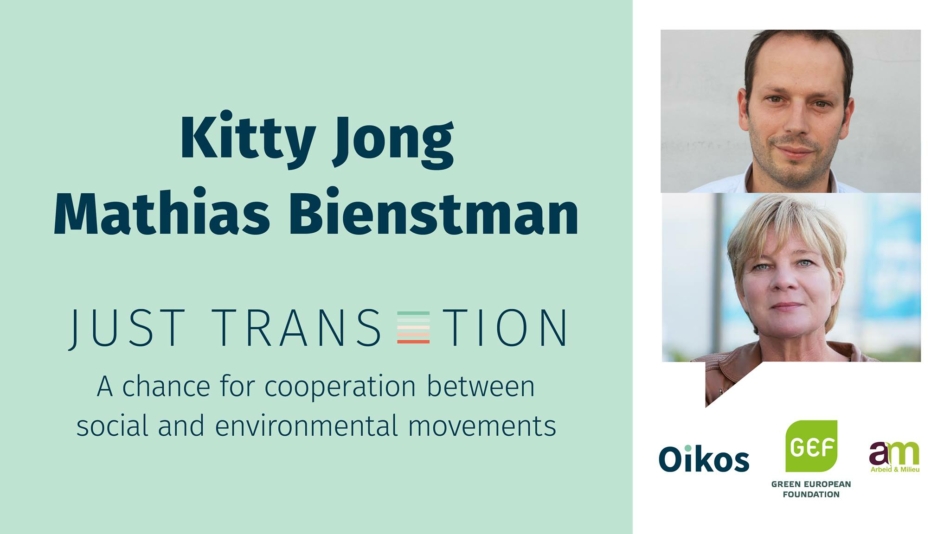 Just Transition: a chance for cooperation between social and environmental movements
With their demand for a Just Transition, trade unions point out the importance of sufficient and decent jobs. The phase-out or conversion of fossil fuel based industries requires the creation of new and decent jobs in climate neutral economic activities. This focus on the social dimension of transition has been well picked up in recent years by environmental and climate movements. New forms of cooperation are emerging, such as in the Netherlands in the context of the Climate Tables and in Belgium around a joint position on the future of aviation. This can strengthen civil society as such, and in its role of driving the transition to a socio-ecological society.
Join us for the second webinar in this Just Transition series!
We invite Kitty Jong, director of FNV (the biggest Dutch labour union) and Mathias Bienstman, policy coordinator at Bond Beter Leefmilieu (Belgian NGO for the transition to a sustainable, renewable society).
This talk will be moderated by Dirk Holemans, coordinator of Oikos.
Tweet
Share
Share
Tags: bond beter leefmilieu, CIP, eerlijke transitie, FNV, just transition, Kitty jong, mathias bienstman, oikos, webinar